|  No Comments
The history of the FA 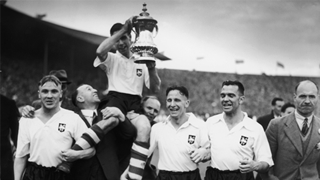 The Football Association, English football’s governing body, was formed in 1863. ‘Organised football’ or ‘football as we know it’ dates from that time.

Ebenezer Morley, a London solicitor who formed Barnes FC in 1862, could be called the ‘father’ of The Association. He wasn’t a public school man but old boys from several public schools joined his club and there were ‘feverish’ disputes about the way the game should be played.

Morley wrote to Bell’s Life, a popular newspaper, suggesting that football should have a set of rules in the same way that the MCC had them for cricket. His letter led to the first historic meeting at the Freemasons’ Tavern in Great Queen Street, near to where Holborn tube station is now. 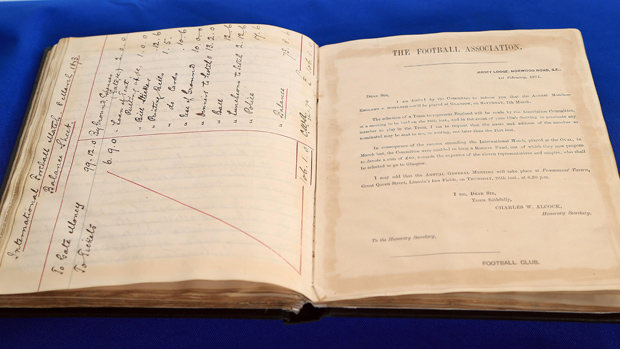 The FA was formed there on 26 October 1863, a Monday evening. The captains, secretaries and other representatives of a dozen London and suburban clubs playing their own versions of football met “for the purpose of forming an Association with the object of establishing a definite code of rules for the regulation of the game”.

*Civil Service FC, who now play in the Southern Amateur League’s Senior Division One, are the only surviving club of the eleven who signed up to be FA members at that first meeting in 1863, when they were listed as the War Office. Civil Service FC are also celebrating their 150th anniversary in 2013.

**This club has no connection with the present Premier League club.

There could be no authority without laws and six meetings took place in 44 days before the new Association could stand on its own feet. The FA was formed at the first. Its rules were formulated at the second. (There was an annual subscription of a guinea and alterations to rules or laws were to be advertised in sporting papers.) A useful discussion on drafting the laws took place at the third.

‘Football’, they thought, would be a blend of handling and dribbling. Players would be able to handle the ball: a fair catch accompanied by ‘a mark with the heel’ would win a free kick. The sticking point was ‘hacking’, or kicking an opponent on the leg, which Blackheath FC wanted to keep.

The laws originally drafted by Morley were finally approved at the sixth meeting, on 8 December, and there would be no hacking. They were published by John Lillywhite of Seymour Street in a booklet that cost a shilling and sixpence. The FA was keen to see its laws in action and a match was played between Barnes and Richmond at Limes Field in Barnes on 19 December. It was a 0-0 draw.

Bryon Butler wrote in an Official History published in 1991: “The FA’s early influence on the game at large was not dramatic or even widespread. Its membership was small and its authority and laws were often challenged and sometimes ignored. But its motives and ambitions were so honourably based that, like growing ripples on a still pond, its standing grew perceptibly. It was a period of high ideals and ready compromise”. 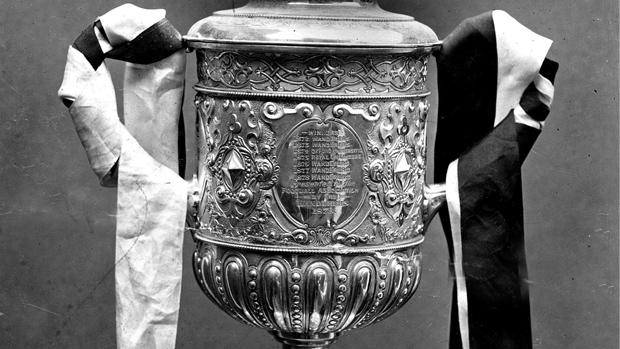 The move which probably did most to broaden the outlook of The FA and spread its influence over a wider field was made at a meeting at the office of The Sportsman newspaper on 20 July 1871. The announcement of the birth of ‘The Football Association Challenge Cup’ ran to just 29 words: “That it is desirable that a Challenge Cup should be established in connection with the Association for which all clubs belonging to the Association should be invited to compete”.

‘The Cup’ was the idea of one man. Charles Alcock, then 29, had been The FA’s secretary for just over a year when he had his vision of a national knockout tournament. He had remembered playing in an inter-house ‘sudden death’ competition during his schooldays at Harrow and his proposal was swiftly agreed.

It was a disappointing entry, because The FA had 50 member clubs by that time. Apparently, many of them felt that competition would lead to unhealthy rivalry and even bitterness. The first Cup season  turned out to be quite truncated with withdrawals and byes. Only 12 clubs actually played and there were just 13 matches in total but Wanderers beat Royal Engineers 1-0 before 2,000 spectators at Kennington Oval in a Final described by The Sporting Life as “a most pleasant contest”.

A match between ‘England’ and ‘Scotland’ was another good idea from Alcock. He wrote to The Glasgow Herald on 3 November 1870 to announce that such a fixture would be played at the Oval in 16 days’ time. “In Scotland, once essentially the land of football, there still should be a spark left of the old fire”, he said. ‘England’ won this unofficial international 1-0 and all the players, English and Scottish, lived in London. 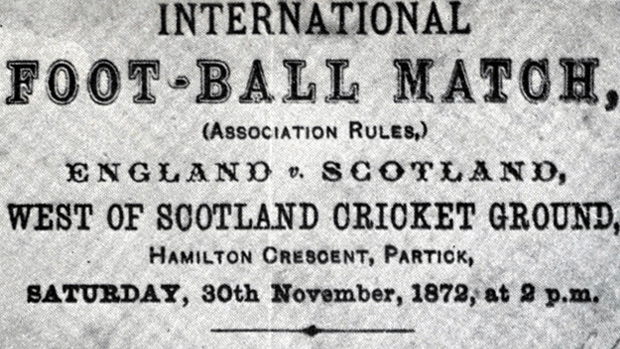 The Scottish FA hadn’t yet been formed but the Queen’s Park club agreed to organise the first official international between England and Scotland. It took place at Hamilton Crescent, the Partick home of the West of Scotland Cricket Club, on 30 November 1872. The admission fee, as it had been for the first Cup Final, was a shilling. A 4,000 crowd, including a good number of ladies, was present for a 0-0 draw that Bell’s Life saw as “one of the jolliest, one of the most spirited and most pleasant matches that have ever been played according to Association rules”.

County and District Associations, charged with fostering the game and organising clubs in their own areas, sprang into life all over the country between 1875 and 1885. They ran their own Cup competitions, inspired enthusiasm and provided the framework for hundreds of new teams. The FA was now truly a national body.